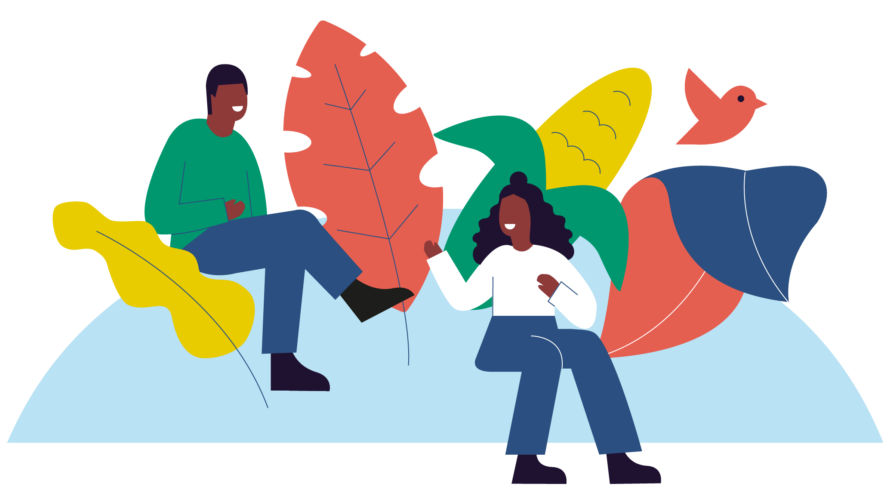 CfP: The Great Convergence? Agricultural Modernization and its Others in Global Perspective

Stefan Ouma and Michael Spies are organizing a panel at the DKG2023-Conference in Frankfurt. For more infos 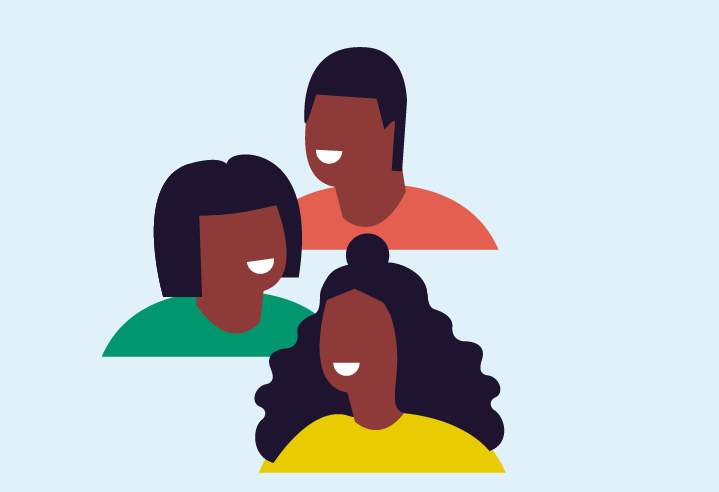 Stefan Ouma on Future of Agriculture at the Leuphana-Utopia Conference

Stefan Ouma reflected in a key-input at the Utopia-Conference at the Leuphana University in August 2022 on possible futures of global agriculture.

Genetical modification of crops has become a highly controversial policy topic. As often in heated debates, political realities and their ethical evaluation are much more nuanced. The podcast sheds light on the recent dynamics in Tanzanian politics of genetically modified crops and reflects on political interests and ethical reasons behind them: a conversation between Thomas Potthast  and Richard Mbunda. 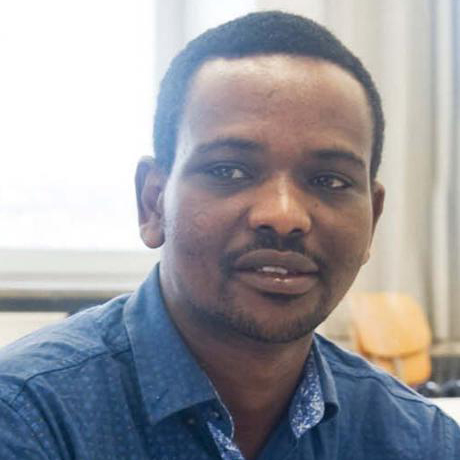 While on his research trip to Tanzania, Leiyo Singo was confronted with the most recent attempts to evict Tanzanian Maasai from Ngorongoro and Loliondo. In an article for Nigerian „The Repubic“, he discloses the ideological background of this politics. 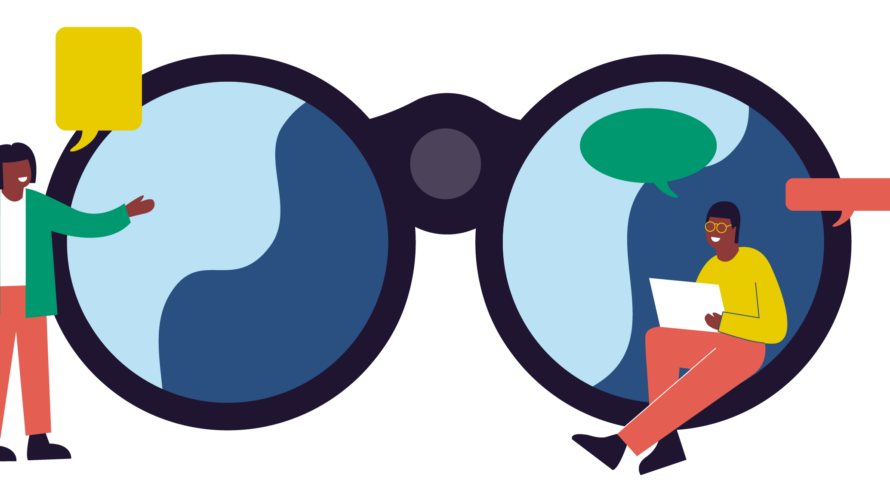 Lessons from African Pastoralists about Conviviality and Autonomy

Eugen Pissarskoi and Leiyo Singo present their current working paper at the VAD-2022 conference at Freiburg University. It is based on Singo’s interviews with Maasai pastoralists he led in September 2020.

Stefan Ouma reflects in two recent articles on the question of how to teach and to study human geography which explicitly addresses the existing intergenerational and global injustices on the one hand and persisting inequalities in recognition of different epistemic perspectives on the other. „Wir leben gut, weil wir von anderen leben“: Externalisierung im Geographieunterricht presents and discusses educative tools for teaching existing gloabal and intergenerational injutsicies taking into account their historical roots of imperialism and colonialism. In Navigating the landscape of defiantscholarship in and beyond Africa: Onarchives, bridges and dangers he takes part in a discussion of the paper Defiant scholarship: Dismantling coloniality in contemporary African geographies by Patricia O. Daley and Amber Murrey.

Workshop Report „Beyond Productivity“ on Roape.net

Roape.net has published a coincise version of our documentation of the debates on the workshop „Beyond Productivity: Reimagining Futures of Agriculture and Bioeconomy„. As time has passed, it is inspiring to read that the debates did provide insights worthy to be elaborated and discussed further.

Kerstin presents preliminary results of her research in a post on the blog Postwachstum. She describes two types of non-mainstream visions of agricultural development in Tanzania which take into account ideas of a moderate economic growth, alternative conceptions of agriculture, and of a good life.

Workshop Report „Beyond Productivity – Reimagining Futures of Agriculture and Bioeconomy“

We have finally compiled the documentation of the discussions which took place at the online workshop on October 8th. Take a look on it! — All comments, hints, and disagreements are warmly welcomed to batata@posteo.de

The future is pastoralist and they know how

In a recent blog post on udadisi, Leiyo Singo describes how the recent water scarcities in Dar es Salaam have provided the pretext for public accusations against pastoralists, in which prominent politicians victimized them for the shortages. Reflecting on this discourse, Singo concludes: „The future is pastoralist. By this, I mean that values of solidarity, simplicity, care, sharing, cooperation not competition, and putting wellbeing/wholeness before the reductionist economic growth nonsense. Pastoralists know how.“

On the occasion of the award of the Nobel Prize to Abdulrazak Gurnah, Singo Leiyo reflects in a contribution for udadisi on how various elements of the Maasai culture have been misrepresented, sometimes trivialized, often for commercial purposes by people from outside of this culture.

Kerstin Schopp participated in the Bioeconomy Camp 2021 held by BMBF and the University of Hohenheim. The conference for junior researchers was devoted in particular to the topic of science communication, networking, and the work on as well as in-depth discussions of new bioeconomy research projects which are relevant in the future. Christoph Pöhler (Fraunhofer WKI), Jakob Kukula (Kunsthochschule Berlin-Weißensee) and Kerstin Schopp (University of Tübingen) were awarded first place by the BMBF for the project idea “StadtGrün”.

Our researcher Leiyo Singo has given an interview to the magazine OYA. Therein, he tells of his childhoold as member of the Maasai, a traditional people inhabiting Kenya as well as northern Tanzania, his way to Germany and his current research project in the context of BATATA. Specially, he comments on the Maasai’s way of living, their societal organisation and developments threating their circumstances such as the establishment of national parks and conservation areas. To read the full interview (German), please click on the link below.

Call for Abstracts for BATATA panel at ASAA 2022

We are glad to announce you that we are organising a panel at the conference of the African Studies Association of Africa (ASAA) 2022. Our panel “Towards Radical Reclaiming of African Economic Futures” will address visions of African futures contesting the positions of mainstream politics. While the African political mainstream envisions Africa’s future in terms of economic growth, the discourse landscape on African futures is much more diverse than this mainstream narrative suggests. Politically subdominant groups are demanding autonomous spaces to create futures outside the growth paradigm and fighting against land alienation and large infrastructural projects. Against this background, we want to discuss about topics such as the visions of desirable futures in African philosophies and the parallels between African visions of sustainable development and degrowth narratives. You can find more details on our panel here. You can see the call for abstracts and an overview of the other participating panels by clicking on the read more button below – to see the BATATA panel please go to panel 45. The conference will take place on 11-16 April 2022 and will be held at the University of Cape Town (UCT), South Africa.

Kerstin Schopp will be giving a talk at the degrowth conference “Building Alternative Livelihoods in Times of Ecological and Political Crisis”. She will be speaking about “Tanzanian Agricultural Development and Degrowth – A(n) (im)possible Symbiosis?” The conference is concerned with the quest for alternative livelihoods which are harmonious with planetary limits and safeguard material living conditions. It is organised jointly by the international degrowth research networks, the International Society for Ecological Economics and the European Society for Ecological Economics and hosted by the University of Manchester (UK). It will take place online on 5th – 8th July 2021.

Working Paper on Ethics of Bioeconomy

Leiyo Singo’s paper “Degrowth for the Global South? Towards Re-appropriation of Bioeconomy to Visibilize Pastoralists’ Futures in Tanzania” will be presented on the conference „Decolonising Degrowth: From Sustainability to Climate Justice“. The conference enquires into the implications and aims of the concept of degrowth. Specifically, it aims to shed light on the entanglements of culture and ecology by raising the question of the connection between degrowth and decolonisation. In his paper, Singo makes the point that the notion of bioeconomy should be reappropriated in terms of the degrowth discourse since this is the original discourse supported by that notion. This reappropriation, in turn, serves the function of acknowledging pastoralists’ futures given that the degrowth discourse corresponds to visions from decolonial and critical agrarian studies. The conference is organised by Durham University (UK) and will take place on 24th and 25th of June via zoom.

Publication: Which Bio_economy for what Kind of Future?

With this paper published in PERIPHERIE, we address the debate on the question of how policy strategies dubbed „Bioeconomy“, which have been coined in the Global North, will impact economies in the Global South. We disagree with both, optimistic and critical positions in this debate. The optimists consider bioeconomy as a global win-win strategy supporting a transformation of the agriculture in the Global South to a high-value knowledge-based sector. The critics warn that the market-based solutions of dominant bioeoconomy strategies will entrench the coloniality of markets and knowledge engrained in formally postcolonial North-South relationships. Instead, we aim to paint a more complex picture of the local material realities of bioeconomy discourse, policies and its implementations. Firstly, we argue that the dominant bioeconomy discourse in the Global North hides the ethical controversy of its policy recommendations, which contradicts democratic ideals. Secondly, we provide initial evidence that — contrary to the depoliticized discourse in the Global North — the particular policy arenas addressed by the concept of bioeconomy in the Global South have already been politically contested in local discourses there. We make our point by analysing the case of political discourses in Tanzania, specifically those on land-use and genetically modified organisms. The published version (in German) can be accessed here. The (original) Englisch version of the paper is here.

Workshop „Beyond Productivity: Reimagining Futures of Agriculture and Bioeconomy“ | 08.10.21

With this workshop, we aim to impugn the controversy around further increase of productivity: is it necessary and/or desirable for sustainable agriculture and bioeconomy? Additionally, we shall discuss whether, and if so, how decolonized visions of an agriculture without productivity growth could capture both discursive and material space. A detailed description is here. To register, drop an e-mail to batata@posteo.de.

Eugen Pissarskoi on the alleged dilemma of bioeconomy

In a recent contribution (German), Eugen Pissarskoi demands a discussion about the fundamental goals of a society as the basis for tackling the debate on bioeconomy. On his view, securing economic competitiveness and material prosperity should not be the main goal of a society. This answer has consequences for the way bioeconomy is configured.

Kerstin Schopp presented a paper draft at the University of Jena

On October 8th, Kerstin Schopp presented a draft paper on “Three visions of bioeconomy and three discourses on agricultural development – a comparative analysis” at the workshop “It’s the (bio)economy, stupid!” organized by the BMBF junior research group Mentalities in Flux at Friedrich-Schiller University Jena (07.-08.10.2020).

Kerstin Schopp held a talk at the Vienna Anthropology Days

On October 1st, Kerstin Schopp talked about “Human-nature relationships at the heart of the bioeconomy and agricultural development” at the Vienna Anthropology days (online conference, 28.09.-01.10.2020) in the session Human-Environment Relations.

Eugen Pissarskoi gave a talk on Ethics in Bioeconomics

On September 23rd, Eugen Pissarskoi participated in an online seminar with the topic Ethics in Bioeconomics. The seminar was part of the series „Zukunft Bioökonomie – Ansätze, Sichtweisen und Perspektiven der Bioökonomie“.

Using the case of Tanzania, the authors present the claim that smallholder production systems provide important resources to perform more viable African rural futures and could also prove significant for the rest of the world.

The concept of ‚African futures‘ has recently become increasingly popular. In this paper, the authors use this concept to elaborate on the geographies, potentialities, politics as well as transformation practices that may be complementary or antagonistic to the global capitalist project.

In a recent contribution, Stefan Ouma presents a critical assessment of Africapitalism and the future(s) it envisions for Africa, pointing out that any reflexion about African future(s) must go beyond the limits of an economic system that will fall apart.